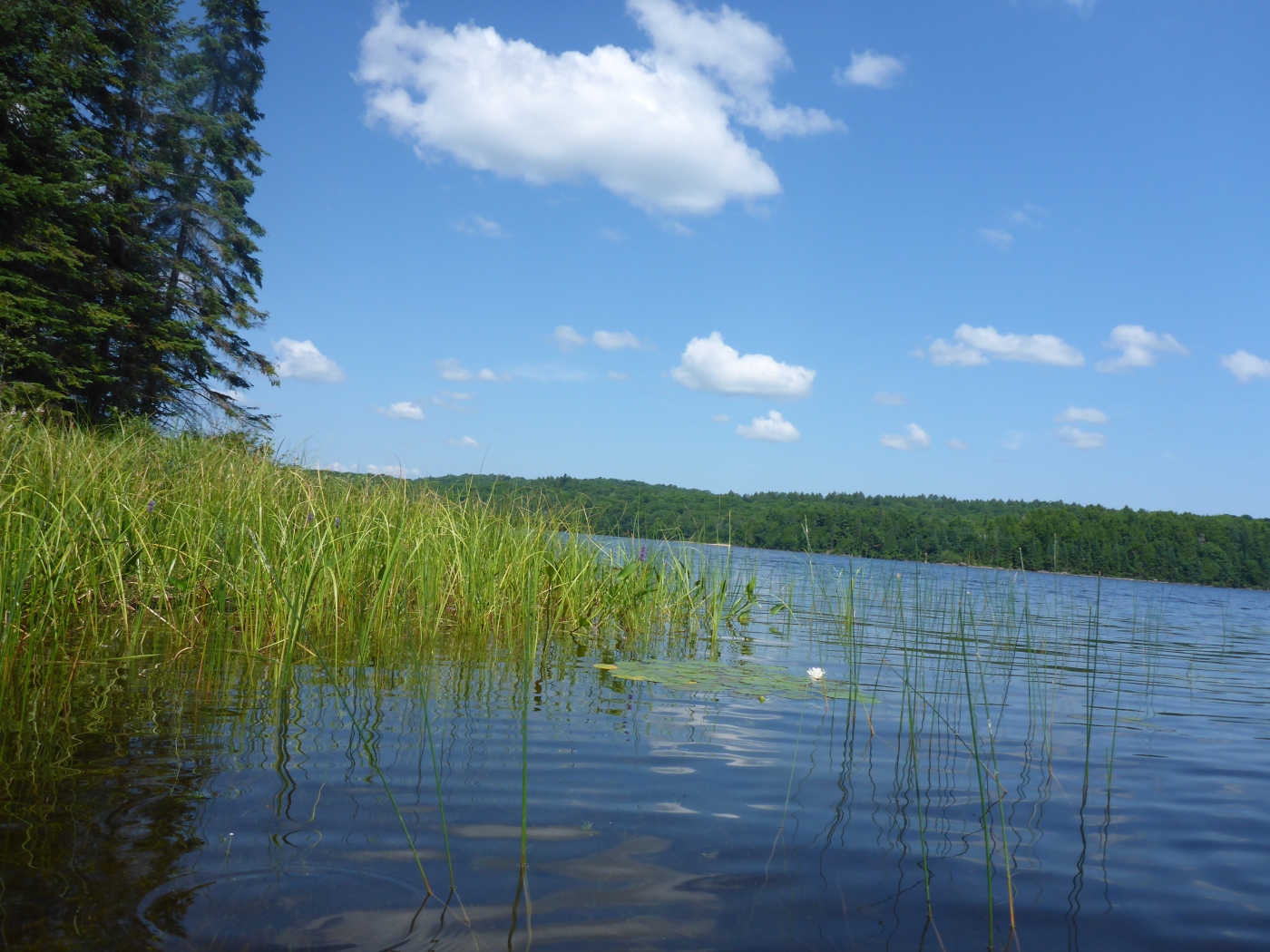 Great sleep last night. After our unexpected restless sleep at the hotel, we were so happy to be in our tent. Finally. Unfortunately through the night Derk did suffer from some heat exhaustion. Thankfully I was sleeping right beside him so we managed okay. He had a head ache and was feeling nauseous so I found our sand bucket for him (he ended up not needing it). Advil was out of the question as it was hanging in a tree. Derk also suffered from a charlie horse but after some stretching, massaging and a good drink of water, he settled down. He was up and back to normal again this morning. That was when Zeke got sick. I’m not convinced that Zeke had the same thing though, as he skipped breakfast before we even left yesterday, which is very unusual for my boy who is in a state of constant hunger. I’m happy to say though that after that one bout of vomiting, his appetite was great the rest of today.

The kids were keen to canoe today as they wanted to take their own turns at paddling. The wind wasn’t in our favour though so we all piled in after breakfast for a family tour around our island.

There was a little “alcove” in the island that was perfect for moose and other wildlife. We had the privilege of seeing an active beaver lodge too. In our journey we also found the perfect campsite. Picture a huge long beach with a spacious site that can fit two large tents with TONS of space to explore. And no neighbours! The kids LOVED the beach and instantly set to collect as many clams as they could carry. 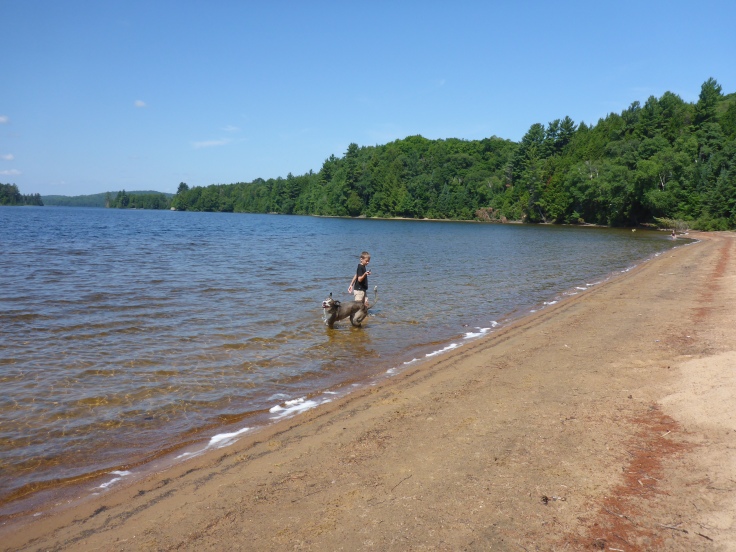 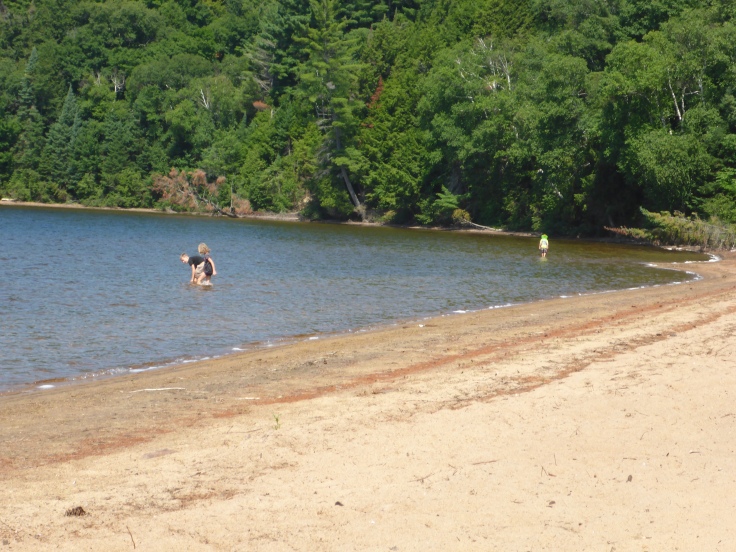 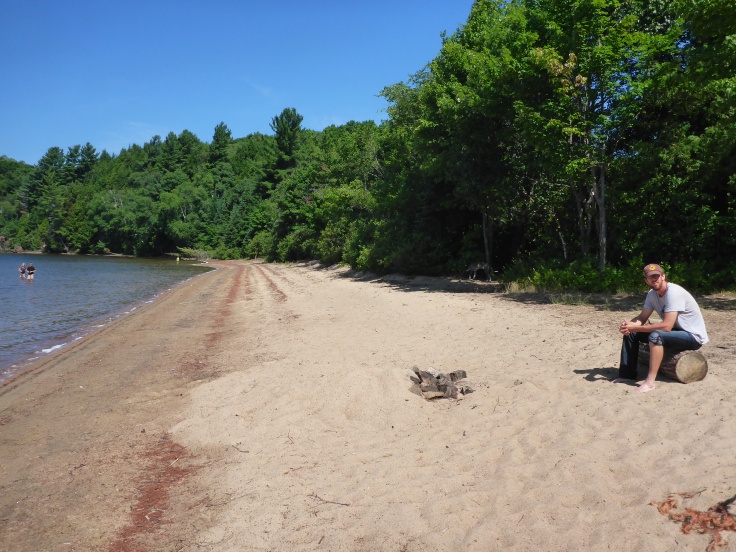 To our surprise, Odin had a great time in the water too! Turns out he is a water dog! The water is quite shallow and he had a blast charging through it between the kids, then rolling around on the sand 🙄

We paddled back to our original site, ate lunch and packed up our gear just in time for our cousins (Ken & Sharon with two of their teenage girls, Heidi and Leah) to arrive. We passed them some of our leftover pizza lunch and we all canoed back to the site we found in the morning. We set up just in time for a small rainfall and then the kids had a swim. (And Odin! He can swim!!) Derk built an “epic” sand castle. We had a fantastic supper with great company and enjoyed our evening on the beach catching up with the cousins and watching the sun set over the trees beyond the lake. 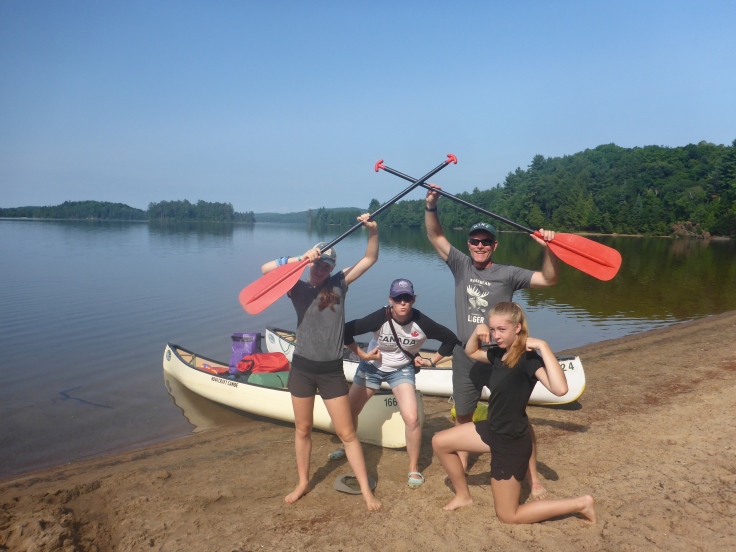 The last exciting thing of the day was the men’s efforts to hang our food packs. Ken and Trev enlisted Heidi to help hoist our VERY heavy food pack up a tree. Unfortunately they chose the wrong branch and “Crack!” Thankfully the branch just scraped Heidi’s forehead and she missed a more serious injury.

There is a fire ban here in Algonquin so no campfires but it’s still the most peaceful place on earth and there is no where I’d rather be. 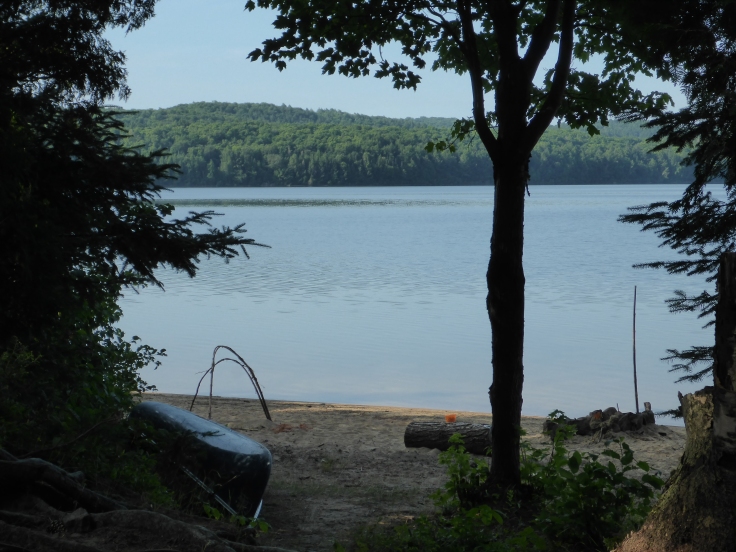